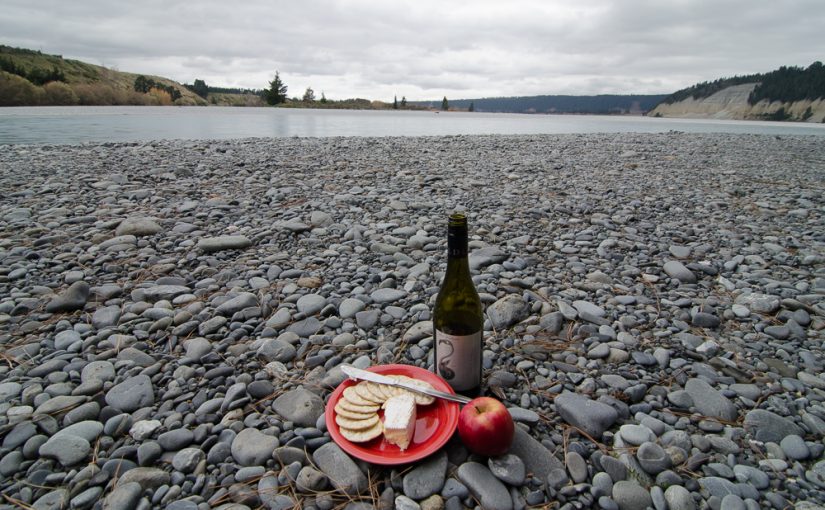 Today was meant to be my third day of skiing. But instead Holly and I picnicked in the bottom of a gorge surround by amazingly bright blue water. I am mostly ok with that decision.

Yesterday I arrived on the mountain ready to take things up a notch. Booked in for my second lesson, I decided to practice my turns for the hour or so before the lesson started. I promptly fell over at the top of the beginners slope on my first go, which indicated the trajectory my day was going to take.

The lesson took us up one of the chair lifts, and I then proceeded to fall over / run off the edge / slide backwards all the way down. Luckily the only one other student taking a lesson at the same time was going fine, as the instructor spent most of the hour rescuing me. By the time the lesson finished I’d lost my nerve, and wasn’t game to tackle the chair lift again without someone keeping an eye on me. After seeking solace in a bowl of soup I went back out and stayed well within my comfort zone until the first bus back down the mountain was leaving.

I think I’m probably close to being able to get the basics right, but this morning, with the bruises still too fresh, another solo day on the snow was not something that I was going to enjoy.

So instead we visited Rakaia Gorge. We’d driven past it on our way into Methven, and it was ridiculously picturesque. We found a short walk along the river, and after our meander we settled down for some wine and cheese, the serenity only occasionally broken by the jet boat tours that zoomed past.

For our final night in Methven we decided to dine at The Blue Pub (as opposed to The Brown Pub, which is directly across the road and owned by the same people). It wasn’t quite as good as the previous night’s meal at the Irish pub, but when bangers & mash involves venison sausages you can’t really complain. Though after all these pub meals, I’m really hoping the crayfish in Kaikoura is as good as everyone says – we’ll find out tomorrow.