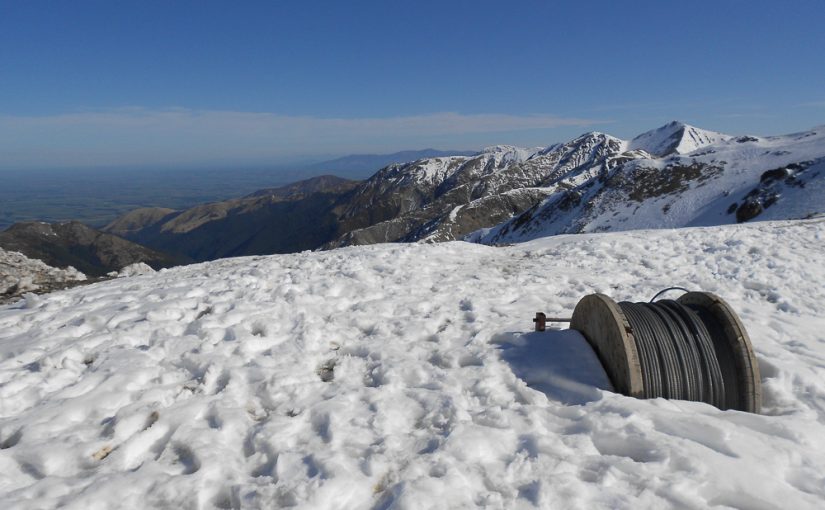 We are in Methven. We spent the day at Mt Hutt. I have put on skis for the first time. I have fallen over. So that’s skiing right?

Before we got here, our last day in Christchurch was spent on more free entertainment options with a visit to Canterbury Museum. It had all the classic museum requirements – fossils & dinosaurs, taxidermy, an Egyptian mummy, fluorescent minerals and olde time clothing on freaky mannequins. I think my favourite item was a model of a star, which was only the size of a tennis ball. What made it interesting was that it’s part of a scale model of the solar system based in Otford, Kent, so this star had to be in New Zealand to still be to scale.

I also nearly got Holly to participate in an escape room we drove past, that was set up (like much of Christchurch) in a shipping container. Crate Escape gets an award for the best named escape room I have come across. Unfortunately (fortunately for Holly?) I wasn’t able to get a booking, but I’m hoping we can squeeze a visit in before we fly out.

So then we headed the surprisingly short distance up to Methven, a tiny town that I’m assuming exists purely for the purposes of providing food and shelter to the skiers of Mt Hutt. Which technically includes Holly and I, which is something neither of us would have predicted a few months ago I’m sure. But today we got up early, caught the bus up the perilously narrow and bendy road, and went through the gauntlet of collecting our rental clothes, boots and skis. For first timers, I think we got lucky with the weather – sun out, perfect clear blue skies, and fairly warm, so it was quite pleasant to be outside on the slopes. From the mountain you could actually see the Pacific Ocean, which is a bit weird to me, but that’s the narrow New Zealand geography for you.

We booked in for a lesson so we could get our bearings in this strange world, and Holly and I both stacked it pretty quickly. Holly’s leg started cramping, so that was the end of her, but I pushed on, and started to stay upright more often than I fell over. I spent the rest of the day being overtaken by kids and dodging adults who somehow were fairing worse than me. I still had some pretty epic tumbles, but I guess that’s to be expected. I’m hoping that after two more days I may have slightly improved, but we’ll wait and see.