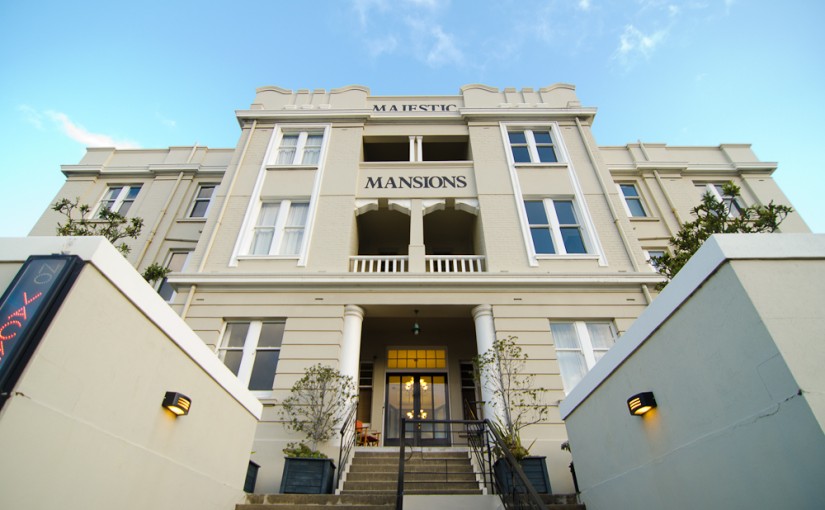 While in Dunedin, we stayed for two nights in accommodation located on the beach in a suburb called St Clair, in a building proclaiming itself to be MAJESTIC MANSIONS. As a lover of Agatha Christie from a very young age, it immediately occurred to me as the perfect spot for an unlikely amateur detective to solve a murder.

If you’re familiar with the genre, you’ll know that many such novels take their titles from other works of literature, which provide a clue to the nature of the mystery or even to the solution: some examples from the Christie oeuvre include By the Pricking of my Thumbs (Macbeth), Endless Night (William Blake), The Mirror Crack’d from Side to Side (Tennyson), and Sad Cypress (Twelfth Night). The proximity of a local albatross colony suggested that an appropriate title for our Dunedin crime novel could be taken from Sam Coleridge’s The Rime of the Ancient Mariner, so last night at dinner I spent a very sociable and productive half hour plowing through it looking for inspiration. (Have you read the Ancient Mariner recently? It’s MUCH more terrible than I remembered. No further evidence is required of the author’s drug habits than a re-read.)

Anyway, without further ado, I present: Possible Titles for a Dunedin-Based Seaside Murder Mystery, consisting of lines found in the The Rime of the Ancient Mariner.

I mean, I guess if the murder featured a wedding, I could consider a line about the Wedding-Guest as an option I guess? But the details aren’t clear yet. I will say though, when we returned last night after a drive, someone had got stranded on the rocks or something, and a bunch of fire and rescue and ambulance vehicles and persons were hanging around, so who knows whether he fell OR WAS PUSHED?

I will now accept votes. And plot summaries. And, you know, completed novels.