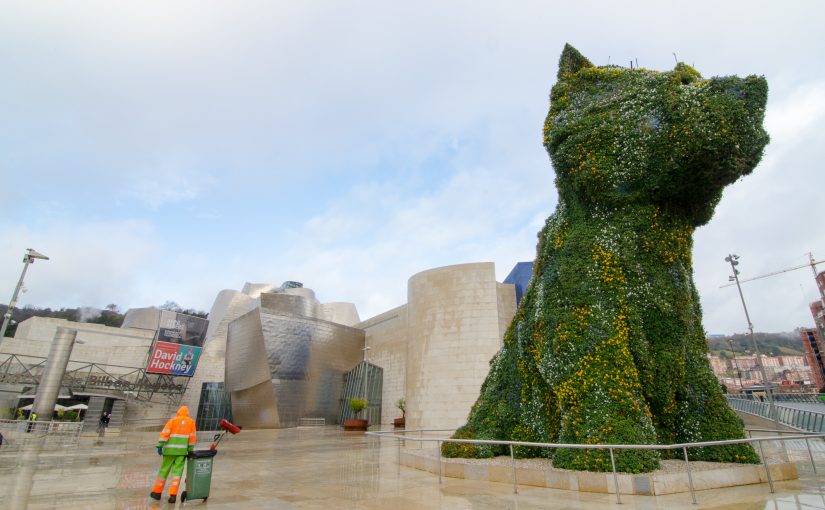 Sim kind of wrapped up Porto last time, but let me add my two cents. Portugal generally was fine. I would rather have been there than in the office. But for my money, I prefer Spain. I like the food better (except the tarts in Portugal, the tarts are great); the cities seem less likely to contain massive hills you have to drag your luggage up; the language is basically recognisable if you speak a smattering of any other Roman language. Portuguese is decipherable if written down, but aloud it sounds like French being spoken by a Russian.

On the port-tasting tour the previous day, we had been warned by our guide Nuno (an adorable and super friendly gentleman whose sole concern seemed to be our enjoyment of his city, you should seek him out if you’re ever in Porto) that the Portuguese have a flexible relationship with time. This evidently extended to their ideas about how to run an airline. Our flight on the national carrier was significantly delayed, in part because the previous flight came in late (which, it’s the same airline, so…not really an excuse), in part because someone was filming a charity Christmas thing on our flight involving Santa but wearing a blue suit, a guy in a giant dog or bear costume, and a cute woman (of course) dressed as an elf. I was anxious about missing our connecting flight and most definitely not in a mood to be delayed by frigging Blue Santa and some cameramen who repeatedly ignored the safety demonstrations in an effort to get a better angle on Christmas Bear Or Something. As it turned out, we sailed straight on to our connecting flight. It wasn’t until we landed that I was told that wasn’t the bit I should have worried about.

Bilbao was freezing, damp, and unfamiliar, and we had exactly zero coats between us. Nor did we have a change of underwear, dry shoes, deodorant, toothpaste, or dry shampoo (necessary in my case after a long day of travelling). Bear in mind that, having come from Portugal, we were still wearing the same clothes we had been in when we lugged our suitcases up a giant hill to get on the metro to the airport. We smelled sub-optimal. Mercifully, for once in Bilbao we were staying in a hotel, not an Air BnB, so dealing with the airport logistics company became a receptionist’s problem and we sallied forth in search of somewhere to sell us a change of underwear. (This turned out to be H&M, because although I’m sure I could have bought Spanish underwear, some nights you’re just not willing to have an adventure. For the same reason, instead of tracking down some Authentic Local Cuisine, we ate in the shopping centre food court. But it was this Spanish chain that makes literally one hundred different types of tiny sandwiches on what looked like those bake-at-home Woolworths dinner rolls, and you order by filling in a card with what sandwich numbers you want, and it was actually kind of the amazing sort of terrible, especially because most of our order consisted of educated guesses about what we might receive.)

The whole point of stopping over in Bilbao was to go to the Guggenheim, which we could see from our hotel, but I was not willing to go somewhere so classy in yesterday’s clothes and without my deodorant having arrived yet. Our bags were supposed to turn up “in the morning”. By the time 11.00am hit, we were starting to worry enough for Sim to arrange a late check-out. (Later, that is, than the standard 12.00pm check-out; God bless Spanish Time.) In the end, our bags did not turn up until 12.25, which is NOT “MORNING”, BILBAO AIRPORT. So it was pretty late by the time we got to the Guggenheim.

This blog has already proved that I am a mere tourist in the Land of Art, but even I know names like Andy Warhol and Jeff Koons, and I can recognise a Mark Rothko when I see one. (Though I wasn’t quite prepared for the size of the one in the Guggenheim’s permanent collection, which is enormous.) One of the temporary exhibitions was David Hockney, which left me pretty lukewarm. Although I usually find video art kind of pointless, I did really enjoy the one that occupied one of the other temporary spaces, primarily, I think, because it came with a suite of musicians doing a live performance on a loop with the video, as well as a foley guy which was the best. (Also: imagine how great it would be if you had a foley guy who just followed you around and did sound effects in your daily life. If you could choose, would you pick foley, or a personal narrator?) My favourite, of course, was the giant Koons puppy covered in plants and flowers that guards the entrance to the museum. Really though, the star attraction is the building itself, which is beautiful and sleek and light-filled, with interior spaces that complement the art perfectly.

One thought on “Bilbao and the Ballad of the Luggage”