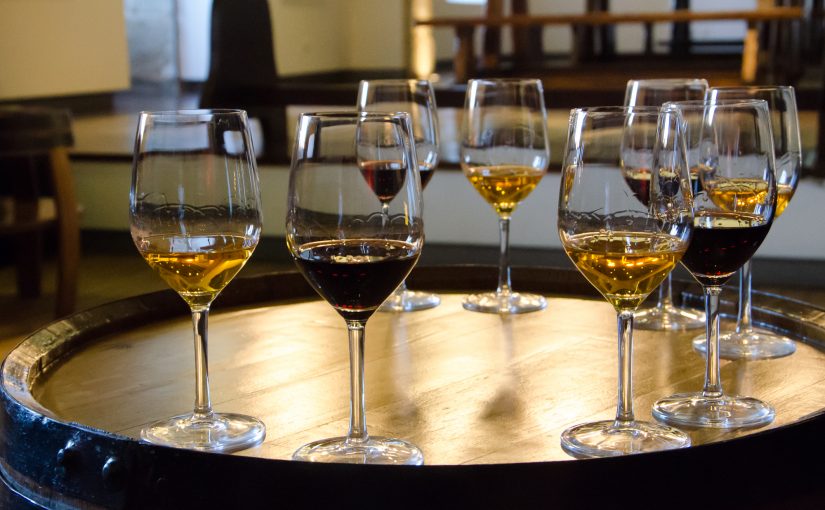 This blog post is a bit overdue – the wifi here in Porto has been a bit flaky, and we haven’t been doing heaps of note. But I’m seven glasses of port in, so what better time to recap our stay here.

As soon as we arrived in Porto (well that is, once we eventually arrived here – there were a lot of problems finding the right connecting suburban train. Pretty sure we would have been pretty amusing to watch as we continuously went up and down escalators to three or four different platforms with all our luggage, only to have to do it again as the train was changed yet again), we were digging it more than Lisbon. I think we maybe just picked the wrong area to stay in in Lisbon, but we never quite clicked. Porto though just seemed a bit more interesting. Or maybe it was just that we only had to walk down hill to our accommodation this time.

On day one we joined a walking tour of the city, which gave the normal city history/city highlights – I always like doing them on the first day in a new place to get a better feel for where we are, and what’s around. The weather had turned, with really the first cold day we’ve had so far on this trip. Had to happen eventually, but I think I picked up a cold as a result. We did a bit of our wandering in the afternoon, found some very enjoyable places to eat lunch and dinner, conveniently across the road and at the end of our block respectively, and I spent some time down by the river taking photos like this… We had originally planned to spend yesterday afternoon across the river where the port cellars are, but given the weather we saved that for today. Turned out to be a good move – the sun was out, skies were blue, and Porto was looking at its best. But before we could drink, we needed a solid lunch – and Porto has the most cardiac arrest inducing sandwich ever, so of course I had to try it. It’s called a Francesinha and is sort of a mutant croque monsieur – a sandwich of steak, ham, sausage, cheese, covered in sauce, with a fried egg on top. And it’s served with fries, just in case you needed more carbs. Disgustingly delicious. With stomachs suitably lined, it was time for port. The group that did our walking tour also ran a port tour, and given we didn’t really know what we were doing, thought it best to get some guidance. Over four hours, we were taken to three different cellars, taught the differences between the types of port, and tasted a bunch. We thought we were getting seven tastings, but as with the wine pours over here, these were very generous sized tastings. However they were all excellent (particularly the white and rosé port, which I had no idea was a thing), so no one really felt the need to use the spit buckets.

Our guide went above and beyond, giving everyone individual recommendations for restaurants or activities depending on what people were in to. Since we’re leaving tomorrow, there was not much he could help us with, but as the remnants of the tour slowly strolled back into Porto, we all decided to grab dinner together, so he guided us to the door of one of his recommendations. It was a proper local place – a single handwritten menu on butcher’s paper stuck up on the door, very little English spoken, and it cost a grand total of €15 for soup, bread, mains, dessert for both Holly and I. I’m calling today a win on all fronts.