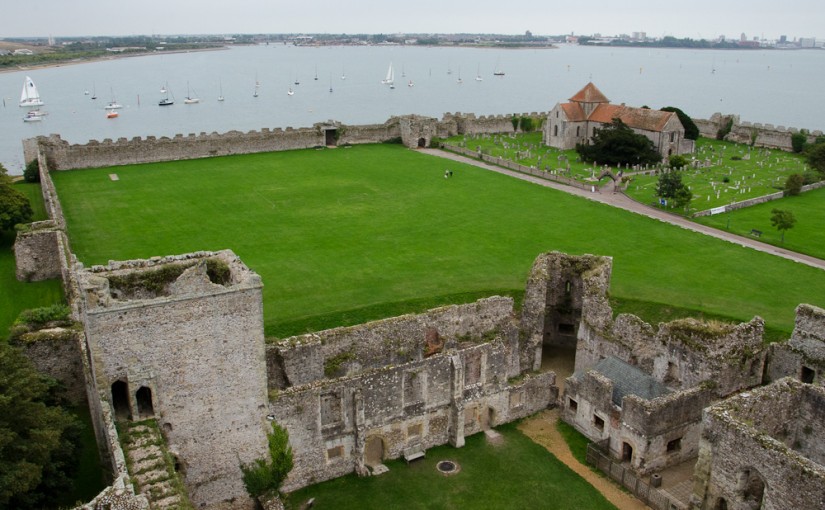 When you go looking for them, it’s pretty much non-stop ruins here in England. And having spent all day looking at a variety of them, surprisingly they’re still managing to hold my interest.

We started today with another visit to Stonehenge – I was hoping to take some photos that didn’t feature a grey rainy sky – no deal. But a second look around was still enjoyable, at least for me; Holly decided she’d prefer to stay in the warmth of the car – getting rained on once while looking at 5000 year old rocks is ok, but twice is a deal breaker.

From there it was onto Old Sarum, a hill top fort (or at least the remains thereof), and the original home of Salisbury Cathedral. Having previously been occupied by Romans and Saxons, William the Conqueror decided to build a palace there, and subsequent Kings stayed there (and added extensions), until a bishop decided he’d prefer to keep his distance from the royalty, and moved the cathedral – the people followed, and the palaces were soon abandoned. All that’s left now are the foundations of the cathedral and some of the palace walls, but its main appeal seems to be as a dog walking area – it was about a four-to-one ratio of dog owners to tourists when we were there.

After leaving Sals-bangers (™ Michael Molkentin 2013) behind, next stop was Netley Abbey – a former monastery turned private home turned abandoned overgrown building that served as inspiration for Romantic period writers and artists. Although substantially more intact that anything at Old Sarum, presumably it’s not as important – there’s no entry charge, no one there to keep an eye on visitors, and while we were there a team of builders doing some restoration work were using the stump of a church column as a saw horse. I most excited by some of the initials carved into the walls – in the 1800s when people left graffiti, at least they did it in a serif font.

Our last stop of the day was Portchester Castle, another fort/palace combo. Like everywhere else we went today, it’s managed by the English Heritage organisation. At most of their sites they provide visitors with an audio tour with explanations of what you’re seeing – at Portchester the tour featured commentary from the ghosts of an English guard and a French prisoner. That was a little (well ok, a lot) over the top, but leaving that aside the castle was rather impressive, particularly the still intact keep, accessible only by a incredibly narrow (but presumably easily defended) spiral staircase. Climbing those hopefully starts to balance out the pubs meals we’ve been eating.

We’ve now arrived in the charming little village of Steyning, but I think it’s only right that I leave Holly to discuss that.